I've got a drawing that contains a polyline (blue) with no elevation/z-value on one layer and a set of 3d-faces on another layer (orange). Now I want to draw a point (magenta), where the position x and y are taken from a snap of that line and the z-value from the corresponding height of the 3d-face. 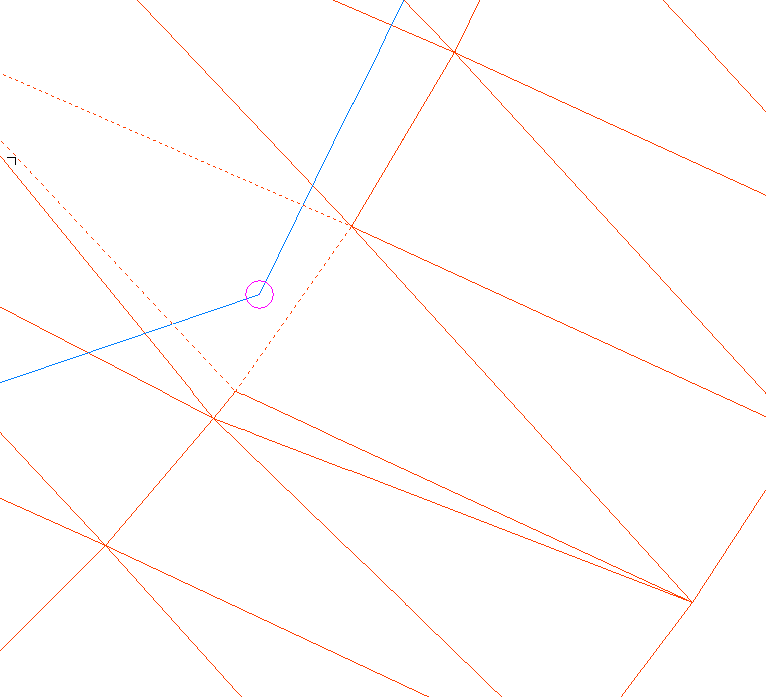