A small report to show progress, 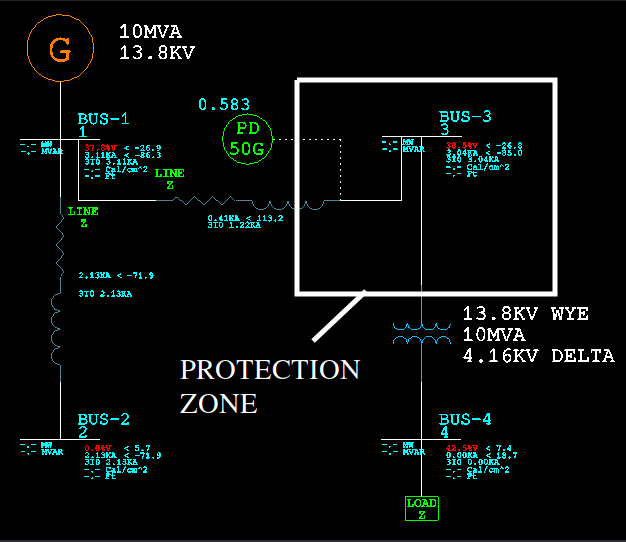 The one line diagram in figure 1 shows the BicsCAD InPower simulation and the Line “Bus-1 to Bus-3” branch currents with a ground fault at Bus-2. Reference the inpower.out file for additional information. Zero sequence current is flowing from the 10MVA transformer to the fault at Bus-2.

The ground fault protective device, PD 50G, shown in figure 1, has a pick up current value of 250 amps and an operation time of 0.583 seconds with a fault at Bus-2. PD 50G is set to pick up on current magnitude only. This causes an outage at LOAD Z for a fault at Bus-2. The fault is outside of the desired protection zone shown in Figure 1.

One solution for this out of zone outage is to provide a directional ground over-current element that considers both magnitude and the phase of the fault current flowing from Bus-1 to Bus-3. 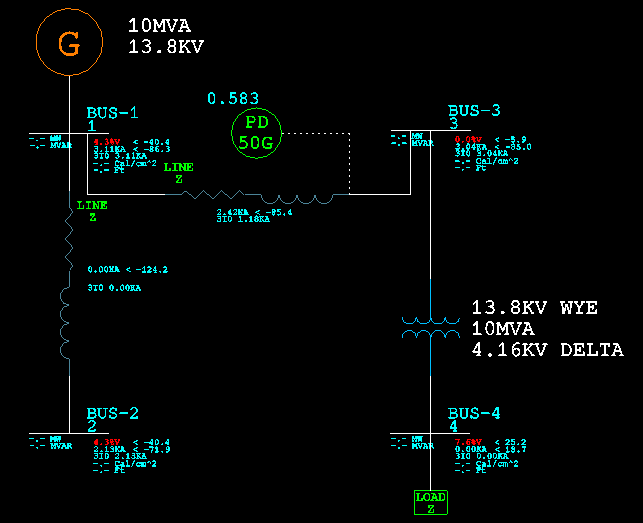 Figure 2 shows the BicsCAD InPower simulation branch currents for a ground fault at Bus-3 inside the protection zone. 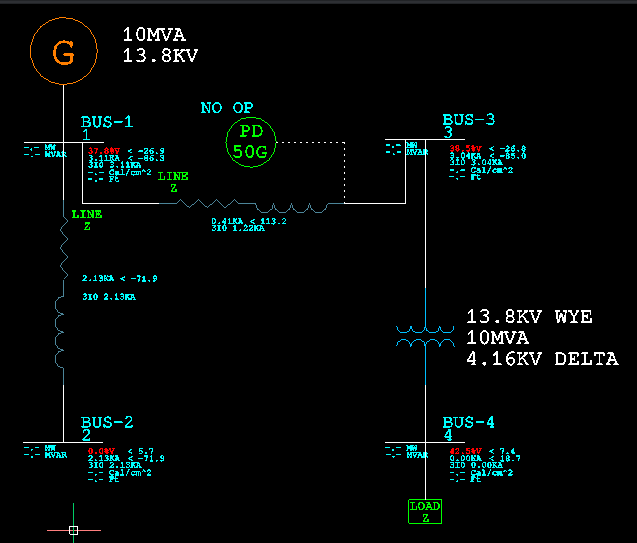 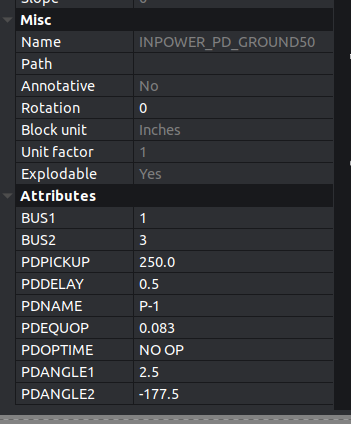